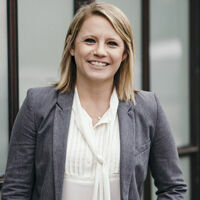 Heather Pink is an experienced social media expert and CEO of newly established social media consulting firm, PinkDear LLC. Heather has spent almost a decade at the NFL paving the vision and use cases for social media on different platforms. She ran the fantasy football social brand, helped manage a team of social media producers, produced TV and digital programming along with overseeing the social strategy and content execution for NFL Media talent / influencers.

A Fantasy Football Case Study: How Brands and Influencers are the Perfect Match

Nike wouldn’t be the billion dollar company it is today without Michael Jordan. The NFL wouldn’t be able to reach the younger generation without their star players’ social media presence, like Odell Beckham Jr., J.J. Watt, or Antonio Brown. It’s all about the influencers, and a brand is only as strong as its influencers.

It’s one thing to have an influencer, but it’s another thing to utilize them to their full potential. The match between an influencer and a brand takes foresight, strategy, research and the ability to customize content specifically for the influencer.

In this session, learn how the CEOs of PinkDear helped re-strategize the NFL’s fantasy football social brand by working hand-in-hand with the brand’s influencers to maximize their social media following.