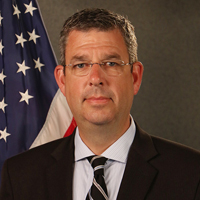 With more than 29 years a senior public affairs, marketing, crisis communications and media relations expertise, Edward currently serves as District Public Affairs Director for the U.S. Army Corps of Engineers. Edward’s recent crisis communications deployments include hotspots in Eastern Europe, as well as the California wildfires and Hurricanes Maria, Harvey and Florence. Edward also deployed in support of numerous regional flooding events across the Midwest from 2015-2019.

Edward is an award-winning thought leader within the realm of U.S. army social media and crisis communications. He has served at all levels of Government, both in the U.S. and abroad. During his most recent overseas deployment, Edward served as the Senior Strategic Communications Advisor to the Ukrainian Minister of Defense.

This workshop will show you how to counter fake news, dispel rumors and manage your reputation during crisis communications operations. In particular, participants will learn tips and techniques gained during first-hand crisis communication experiences by one of the U.S. Army’s premier social media communicators on topics ranging from natural disasters to armed conflict and regional or national emergencies.

Who this training is for: This workshop is for social media professionals who want to develop communication plans, identify online threats to their brand or organization and ensure key audiences receive accurate and timely information during a wide range of disaster scenarios at the strategic, operational and tactical levels.

You will learn how to: