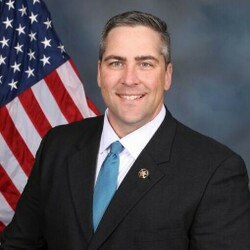 Trent is the strategic communications advisor to the Sheriff. He is responsible for the daily coordination, circulation, formulating and disseminating of communications to the media and public pertaining to the York County Sheriff's Office.

Trent is trained in Crisis Communications achieving Advanced PIO training through FEMA, as well as the FBI-LEEDA Master PIO course.

He develops communication strategies and tactics to promote, enhance and protect the agency's brand of fostering a positive and mutually beneficial relationship with the citizens of York County and the Sheriff's Office. In addition to those duties, Trent oversees video production for the York County Sheriff's Office aimed at public service announcements, crime prevention and assists with criminal investigations through visual media.

A native of Rock Hill, SC, Trent graduated in 2002 from Winthrop University with a Bachelor Degree in Mass Communication. Before joining the YCSO, he worked seven years as the South Carolina Bureau Reporter/Multi-Media Journalist for WBTV News in Charlotte NC. Prior to WBTV, he worked as a Sports Reporter and Photojournalist at CN2 News in Rock Hill, SC.  Trent was nominated for an Emmy for work on a series of stories about World War II veterans living in the greater Charlotte area.

Trent is a veteran of the United States Navy, serving as an Aviation Ordnanceman as well as serving with the Marine detachment as ships security from 1994 to 1997.

In his spare time, Trent is a volunteer soccer and basketball coach, and is the Cooperative Weather Observer in Catawba, SC for the National Weather Service.

Panel: Encouraging Employees to Tell Their Stories on Social Media: Guidelines, Opportunities, and Pitfalls to Avoid