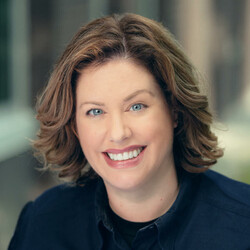 Anne-Marie joined the Vancouver Police Department in February 2006. She worked in multiple districts in the Operations Section as a frontline patrol & beat enforcement officer. In June 2015, while working as a beat enforcement officer in the downtown eastside of Vancouver, Anne-Marie began representing the VPD on social media, sharing the positive & human-side of policing in the area known as the “poorest postal code in Canada”.

In March 2016, Anne-Marie began working in the Public Affairs Section as the Social Media Officer & back-up Media Spokesperson. Anne-Marie worked in this role & was responsible for the social media presence of the VPD for over three & a half years.

In September 2019, after being a police officer for 13.5 years with the VPD, Anne-Marie transferred to become a police officer with the Organized Crime Agency of British Columbia (OCABC). Anne-Marie was promoted to corporal as the social media officer for the Combined Forces Special Enforcement Unit of British Columbia (CFSEU-BC), which is the province’s anti-gang police agency.

Your agency is on social media. You’re posting content consistently and trying to engage with the community online. It’s all going well until someone complains or asks a difficult question. The longer you wait to respond, the more negative attention the post gets. What should you do? How should you handle this?

Never fear, this is where customer service comes into play! As we all know from our customer service experience, both from being the customer and from being the provider, the first step is communication, and the most important part of communication is active listening. While we may not be able to provide a satisfactory solution or response in 280 characters, we can start the conversation publicly and start working towards resolving the issue while educating other people who may have the similar questions or concerns.

This session will discuss when and how we need to use our customer service skills as a first responder agency, including best practices for:

Who this session is for: Anyone running the main social media accounts or section/specialty unit accounts for their agency or organization, and anyone who is representing their agency as an individual officer/employee on social media.