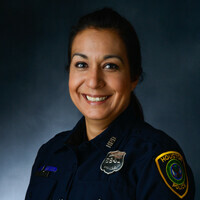 Angela Douglas is a Senior Police Officer and has been with the Houston Police Department for 23 years. She has been the social media coordinator for the department for the last 8 years and is assigned to the Office of Community Affairs.

Angela has worked in patrol, the Planning Division, and the Criminal Intelligence Division. She coordinates HPD’s social media presence including both information sharing and community outreach. In addition, she works with the department’s various youth groups including the Explorer Program. Angela speaks to community groups about HPD’s use of social media and social media safety for teens and trains officers of all ranks on how to speak to the media and the importance of social media.

Panel: Encouraging Employees to Tell Their Stories on Social Media: Guidelines, Opportunities, and Pitfalls to Avoid