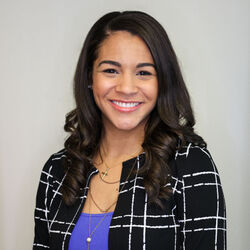 Crystal Mullings is a Public Affairs Specialist focused on content creation for the Washington, DC Fire and EMS Department. She shoots, edits, and produces videos intended for social media and internal consumption. She works alongside federal and local partners as part of the District’s response during national events such as the US Capitol Insurrection Attempt and the Presidential Inauguration of Joe Biden in 2021. With a background as a multimedia journalist and public relations account executive at a firm, she specializes in messaging and perception through visual mediums. During her time with DC Fire and EMS, she has produced more than 200 videos, each intended to create a better image of the fire department within the media and public, depict members in a positive light, increase recruitment efforts, share challenges transparently, provide understanding of training and preparation methods and tell the overall story for DC firefighters, EMTs and paramedics.