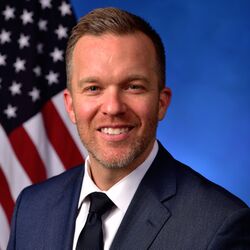 As a member of the Metropolitan Police Department’s (Washington, DC) Executive Staff, Dustin Sternbeck currently serves as a Director in the Executive Office of the Chief of Police, leading the Office of Communications for the primary law enforcement agency in our nation’s capital. He has spent over 17 years providing leadership and expertise in a variety of operational and administrative functions for public safety agencies, most recently in all phases of communication, media production and strategic community engagement . His team of sworn and civilian staff at MPD represent over 4,500 members, and routinely handle high profile events that have national implications. Maintaining a high performing and productive team is a top priority, and Dustin looks forward to sharing his experiences with you.

Dustin is currently pursuing a Doctoral degree in Public Administration at Liberty University. He received his Master’s degree in Public Administration from George Mason University and his Bachelor’s degree in Communications from West Virginia University. Dustin serves as a consultant on the Mass Violence Advisory Initiative team for the International Association of the Chiefs of Police and Department of Justice. Additionally, he holds the position of Vice Chair for the Major Cities Chiefs Association PIO Committee, and is an active member of National Information Officers Association!