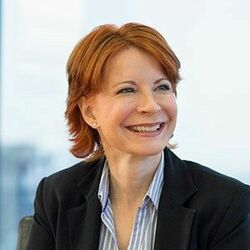 With more than 35 years’ experience, Judy Pal has served in executive management positions for police, private sector and the professional sports and entertainment industry in both Canada and the U.S.  Prior to embarking on a full-time teaching and consulting career she was an Assistant Commissioner with the NYPD serving as the Advisor to the Police Commissioner.  Before that, she served as Director of Operations for FBI-LEEDA, Chief of Staff with the Baltimore and Milwaukee Police Departments, and was a member of the command staff overseeing public information with the Atlanta, Savannah, and Halifax (Canada) police departments.

She is proud to have conducted image and media training for thousands of law enforcement professionals including FBI Regional Command Colleges across the country.  She has worked with agencies in Canada, Chile, and Trinidad, and has spoken at events in Australia, Uruguay, and Manilla. Pal is a past president of the National Information Officers Association, holds a master’s degree in Public Relations and a Certificate in Police Leadership.  Early in her career, she spent five years in television news.