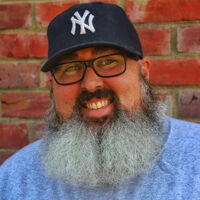 Panel: Into and Beyond Your First Role as a Social Media Manager - Perspectives on Different Career Paths in Higher Education

This panel will explore different career paths that higher education professionals have followed, both into and beyond their first role as a social media manager. As a relatively new field, you'll hear from professionals at different points in their career about their paths and their hopes for the future. Discussion topics include: