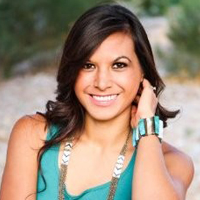 Maria DeCabooter has led NAU’s social media and digital communications efforts since 2013. She loves creating communities that build relationships and is honored to tell the Lumberjack story every day. Under her leadership, NAU ranked first in social media engagement two years in a row by Rival IQ and Up&Up. She earned the Best Higher Ed Administrator Using Social Media award from the EDU Hall of Fame in 2017. Most recently, the NAU Social Media team won the Best Use of Instagram Stories category in the 2019 PR Daily Digital Marketing and Social Media Awards. Maria received a B.A. from Rice University and a J.D. from the University of Arizona Rogers College of Law.