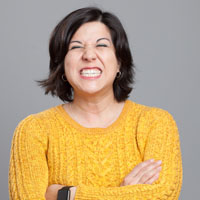 Writer, musician, photographer, Stephanie Swindle Thomas was hired as an alumni and communications specialist at her alma mater, Rhodes College in Memphis, Tennessee, in 2006 to “figure out this thing called Facebook” and engage with students, alumni, faculty, and staff. She attended graduate school at Penn State in Art History, where she was the social media manager for the Graduate Student Association for Visual Culture. After receiving her M.A., she worked as the Marketing and Exhibitions Coordinator for the Metal Museum, building their social media channels and leading a rebranding campaign before returning to Penn State where she has worked for the Palmer Museum of Art, Stuckeman School of Architecture, Landscape Architecture, and Graphic Design, and currently the College of Arts and Architecture. She manages a 22-student Communications internship program in the arts, where she teaches future arts entrepreneurs to become their own brands, publicists, and art directors. Her photographs have been featured in a solo exhibition at Penn State and an upcoming group show with her interns called “Dojo.” Throughout her career, she has and has had the opportunity to work with musicians, artists, actors, and designers from Rome-Prize-winning ceramicist Roberto Lugo to cellist Yo-Yo Ma.