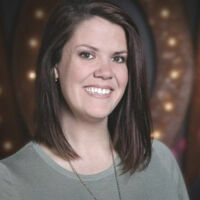 Crystal has worked with some of the country’s largest brands in both the consumer and B2B space on Influencer and Social-driven programs. Her expertise ranges from top tier talent like Celebrity or Internet Stars, all the way through the execution of programs at scale through Micro or Nano Influencers.  She has also has run fully integrated programs outside of just social activation such as partnering with influencers as talent on video or photo shoots, leveraging influencer assets through paid media or owned marketing tactics, and even worked with Influencers for in-person experiential events.

Crystal is also considered a thought leader in the space speaking at conferences and events like Ad:Tech, Masterclassing, Social Media Week and PRSA events, as well as Influencer specific events such as BlogHer, TBEX, Dad2.0, Everything Food Conference and Haven Conference.