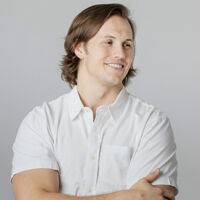 Andrew East is an NFL athlete who most recently played with the Washington Redskins. He attended Vanderbilt University where he received his Bachelors in Civil Engineering as well as his Masters in Business while being a two-time captain for the football team. East gained visibility through the YouTube channel he and his wife Shawn Johnson started together which now has over 100 million views. His top 90 podcast titled Redirected focuses on those who, like him, have had interesting career pivots. The experience he has gained through his time in the digital space has led to coaching and consultation on behalf of Google for Fortune 500 companies for how to create engaging content. Giving back has always been a focus for East, and as a result he has won awards such as the SEC Community Service Player of the Week and the AllState Good Works Award.