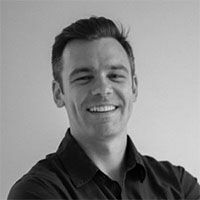 Brendan Gahan is Partner & Chief Social Officer at independent creative agency Mekanism, leading the agency’s social division. Gahan has been at the forefront of  the social & influencer marketing space since 2006, creating disruptive campaigns for brands such as Mountain Dew, Unlilever, MillerCoors and The Olympics. Brendan has been named to Forbes 30 Under 30 and his agency was recognized as Digiday’s Digital Video Agency of the year in 2017.

Recently, Gahan’s been featured in The New York Times, The Wall Street Journal, Fast Company, The Guardian, Entrepreneur, and Ad Age for his experience on social media platforms, the rise of dark social , SMS text marketing and influencer marketing.