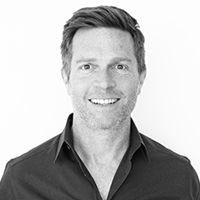 Erik Swain helped three startups become global companies with significant exits – AOL, DataLogix, and SpotX.  He served one of the first digital banners with AOL in 1996. Pioneered using offline data for online targeting with DataLogix in 2008 and launched one of the initial video programmatic supply businesses with SpotX in 2011.  Erik’s built, sold or purchased over $1 billion dollars in digital media over the last twenty-two years. He lives in Boulder, CO with his wife and two sons.