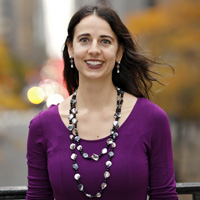 Béatrice Frey just joined UN Peacekeeping to lead digital and social media efforts. She was with the Communications Team of UN Women since 2008, where she initiated, spearheaded and built UN Women’s presence on social media platforms from the very beginning. As Social Media Team leader, she managed the organization’s global social media strategy and policy, and oversaw content production, campaigns and outreach in 18 languages on 120+ accounts. She has also worked on various other projects for UN Women, such as print production and translations, coordinated the branding process for UN Women, the youngest United Nations agency, and managed the organizations’ sport portfolio and partnerships. She previously worked for the European Parliament, UNESCO, the German Government, and German TV. Béatrice is fluent in German, French, English and Spanish, and works on her Italian and Arabic. She studied at the University of Cologne, the Elliott School of International Affairs in Washington DC, and holds a Master’s Degree in International Affairs/ International Public Management from Sciences Po Paris.