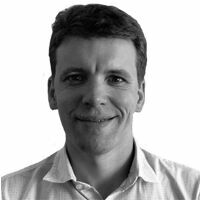 After a degree in Physics, Loïc Bommersbach specialized in Scientific Communication. He has worked as a communications officer in several laboratories and research organisations in France, such as CNES, ONERA and CNRS. From 2014 to 2018, he was the Social Media Manager of CNRS, in charge of the organisation's digital strategy and digital community. During this period and with his team, he successfully developed and managed the social media of Europe’s largest research organisation on Twitter, Facebook, Instagram, YouTube or LinkedIn. In September 2018, he became CERN's Social Media Manager. He has developed the social-media strategy of one of the biggest laboratories in the world and is improving connections with influencers, to increase the awareness of CERN worldwide.

Beyond KPIs: Measuring Success on Social Media, Learning From Your Analytics and Reaching Your Social Media Goals

CERN is the world's largest particle-physics laboratory. Thousands of scientists from all over the world work together to advance our knowledge of matter, its fundamental constituents and the forces that link them. With more than 2.5 million followers on Twitter, nearly 700,000 fans on Facebook and more than 450,000 followers on Instagram, CERN has built a large community on social media. But is that enough? We still need to publish engaging posts, publications that speak to our followers and makes them want to click, enjoy and share. The challenge is how to reach more people while staying true to the Laboratory’s ideals and values.

With social media today, scientific institutes must work hard to be stronger than Facebook, Twitter or Instagram algorithms. This requires getting closer to the online community by showing more of what we do on a daily basis in our facilities while continuing to make people dream. Content such as Facebook Live, 360° images and videos, Instagram Stories and scientists directly engaging with questions from an online community all work to build engagement.

This talk presents CERN's quantitative objectives and KPIs on social media and shares how we go beyond these in analyzing the impact of social media posts. Because behind the numbers, it can be more important to redefine success on social media.