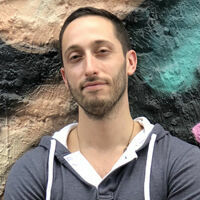 Panel: Remix, Repurpose, Reuse: Maximizing the Life of Your Content on Social Media