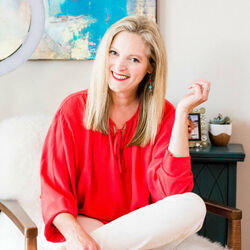 Whitney Cicero brilliantly dispels the myths of Influencer Marketing and provides absolute clarity about what makes and breaks sponsorship deals. With over 12 million dollars in sponsorship deals generated, and over 65M views on social media she brings her 25+ years of experience as an executive at Disney and Coca-Cola to help Brands and Influencers come together for impactful partnerships.

She has won numerous awards for her digital campaigns and has been a guest on the Today Show. She has been featured on Huffington Post, Yahoo News, Fox News, and The Real Daytime. She is a sought after speaker, and has received 5 Star Reviews from every speech and panel she has been on.

Whit’s playful and humorous speaking style instantly engages attendees, whether they are in the same room or on a screen somewhere across the globe. If you need a speaker that can inspire and educate your audience, look no further!

According to Insider Intelligence forecasts, US influencer marketing spending will reach $4.14 billion in 2022. Growth will continue in double-digits until 2023, when spending on influencer marketing campaigns will approach $5 billion.
In this session, you’ll learn how brands can get the most impact from their influencer partnerships. Including how to negotiate with agencies, what metrics are important to determine ROI, which platforms are appropriate for your campaign and when you’re getting a good deal and when you’re getting ripped off.
You’ll learn:
Check out our early bird ticket prices!
Copyright © 2022 by Global Strategic Management Institute | Terms and Conditions | Privacy Policy | Code of Conduct