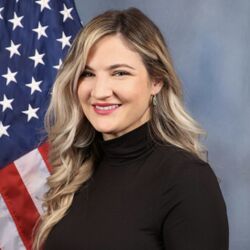 Ashley Papagni has held the position of Public Information Manager for the City of Orlando Fire Department now for six years, with the largest response to the Pulse Tragedy. Papagni has an illustrious background in journalism, specializing in news reporting, video production, public relations, and social media. Papagni has worked for NBC/ABC stations in Orlando and Fort Myers. She has also worked in public affairs for the Assistant Secretary of Defense at the Pentagon in Washington, D.C. She graduated with a Broadcast Journalism B.A. from the University of Central Florida, an M.S. from Columbia University’s Graduate School of Journalism in New York City and is now a Ph.D. candidate in Crisis and Risk Communication at UCF focusing on social capital and recruitment in public safety.