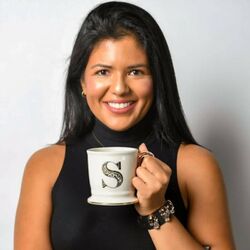 At Lyft, Stephanie played the key role of launching the brand’s TikTok channel to quickly grow to more than 120K followers under a year. She also helped lead the partnership with Oscar Mayer #WienermobileLyft campaign that was nominated for a 2022 Webby and SABRE award.

At Univision, she led the social launch and growth of over-the-top network, Flama, Univison’s first original digital programming and helped lead social for its first multi-channel network (UCN) - the #1 leading Hispanic focused MCN in the U.S.

She has been recognized as a 2017 Forbes 30 Under 30 in Media Nominee as well as winning the Tecla Award for “Best Facebook Page” at Hispanicize 2016 and “Best Brand Doing Latino Social Media” at Hispanicize 2015. Stephanie is a U.S. keynote speaker at conferences, panels, and universities including her alma mater the University of Florida.